The Sydenham Training Course was originally designed by the UK Christian Medical Fellowship to equip healthcare workers for ministry leadership by encouraging delegates to live faithfully as Christians in medicine.

It covers such topics as:

The course is named after the physician Thomas Sydenham (1624-1689) who was an outstanding pioneer of clinical medicine, an ideal General Practitioner and has been called ‘The Father of English Medicine’. He came from a Puritan family and was himself a man of deep Christian faith in the Puritan tradition. 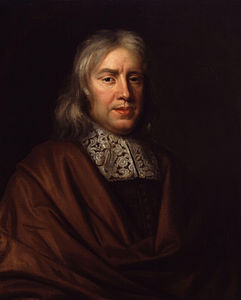 His famous advice to medical students as published in ‘Medical Observations concerning the History and Cure of Acute Diseases’ in 1668 states:

‘Whoever applies himself to medicine should seriously weigh the following considerations:

First, that he will one day have to render an account to the Supreme Judge of the lives of sick persons committed to his care.
Next, whatever skill or knowledge he may, by the divine favour, become possessed of, should be devoted above all things to the glory of God and the welfare of the human race.
Thirdly, he must remember that it is no mean or ignoble creature that he deals with. We may ascertain the worth of the human race since for its sake God’s only begotten Son became man and thereby ennobled the nature that he took upon him.
Finally, the physician should bear in mind that he himself is not exempt from the common lot but is subject to the same laws of mortality and disease as his fellows and he will care for the sick with more diligence and tenderness if he remembers that he himself is their fellow sufferer.’

To apply for the next Sydenham Leadership course,
choose a regional cohort and fill in the form below.

Please only apply if you are committed to attending all sessions.